British Tour 76 is a live album by the Sensational Alex Harvey Band and was recorded in 1976. It wasn’t released until 2004.

if you think you might like quirky British hard rock with a Scottish accent, I urge you to investigate the Sensational Alex Harvey Band. They deserve a much stronger place in history than they seem to have. 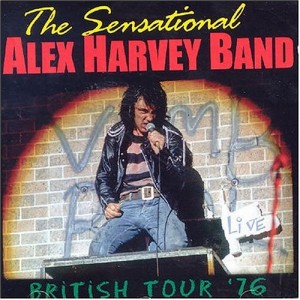 Is it the best live album by the Alex Harvey Band?

I have NOT included this in the poll to find the best hard rock and heavy metal live albums because I don’t think it will get enough votes. Do you think I’m wrong to ignore it?

I’ve included it in the second division poll together with The Sensational Alex Harvey Band Live from the year before.