Live Go For What You Know is a live album by the Pat Travers Band.

It was recorded at concerts in Austin (Texas), Miami and Gainesville (Florida) in January and February 1979 and was released later the same year. 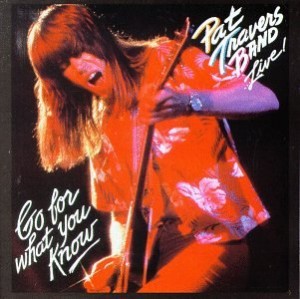 Songs On Pat Travers Band Live Go For What You Know

The duelling guitars and the contrasting styles of the two guitarists is the highlight of the album.

Buying Pat Travers Band Live Go For What You Know

Some people think of this as blues rock but I’ve always seen it more in the hard rock camp.