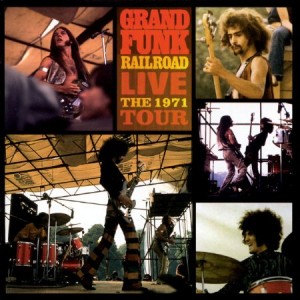 I’m warming to Grand Funk Railroad and this rather than Live or Caught In The Act is the album that has really made me pay attention. America has never had any doubts about the band but they made little impression on Britain.

This has a better sound than Live (1970) and I feel that the band has benefited from playing more gigs. This is tight, dynamic and exciting.

I’d prefer not to have the drum solo in T.N.U.C. but then I don’t play The Mule or Moby Dick when I listen to those albums so I don’t have a problem editing it out or skipping over it.

Is it the best live album by Grand Funk Railroad? Which do you recommend?