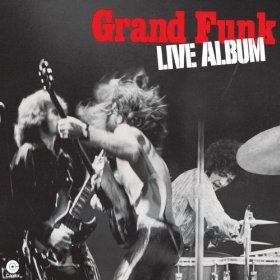 Live Album was originally a double album on vinyl and the order of the songs had to be changed to fit the four sides. Since the album fits onto a single CD, the original order of the set list from the concert has been restored.

Inside Looking Out from 1970

Grand Funk Railroad were very popular with the public but weren’t liked by the music critics. I haven’t seen it on any of their best live albums lists.

Feedback on Amazon though is very positive if you like hard rock.

Do you think that this album is the best Grand Funk Railroad live album?

This album is included in the best hard rock and heavy metal live albums poll.