Live Bootleg is a live album by Aerosmith recorded from concerts in 1977 and ’78 with two songs from a radio broadcast in 1973.

This represents the group after their first peak of success with the heavy metal/sleaze rock classic albums Toys In The Attic and Rocks which were strongly influenced by Led Zeppelin and The Rolling Stones. 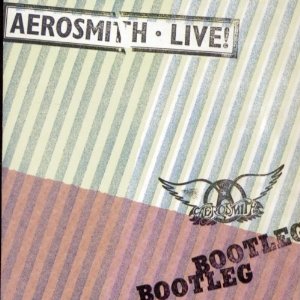 The set list is drawn from many of Aerosmith’s early albums but it never really catches fire. Perhaps they’d have been better playing more from Toys In the Attic and Rocks.

What Other People Say About Aerosmith Live Bootleg

This album has featured in a couple of best live albums lists:

This live album misfires and doesn’t capture the spirit of early Aerosmith for me. That’s a shame because of my love for live music but, if I want to hear this group, I tend to turn to Toys In The Attic first.

Do you think this is the best of the live albums by Aerosmith?

What is The Best Hard Rock Live Album?

Should this album rank towards the top in my readers poll to find out the best hard rock and heavy metal live albums?

If you like Aerosmith, I think you’ll like The Rolling Stones, Led Zeppelin, Guns ‘N’ Roses, AC/DC, Kiss, Alice Cooper