Mountain Live The Road Goes Ever On is a live album by Mountain.

The first two songs were recorded at the famous Woodstock Festival on August 16, 1969 while the other two were recorded on tour in early 1972. The album was released in April 1972. 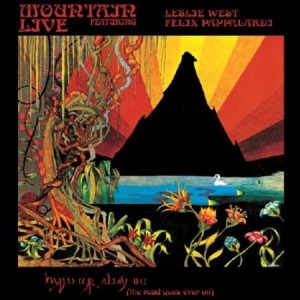 Songs On Mountain Live The Road Goes Ever On

Playing on all the songs on the album:

Norman Smart played drums on the songs from Woodstock but he had been replaced by Corky Laing on the last two songs. Steve Knight played organ on the 1972 songs.

Buying The Road Goes Ever On

Is this a great live album? Is it the best live recording of Mountain?