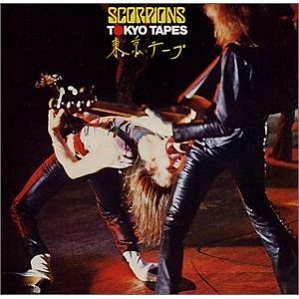 Although this is recognised as a classic hard rock live album, I haven’t seen it included in any of the best live albums lists.

It has great reviews on Amazon and it is doing well in my readers poll for the best heavy metal live albums.

Is this the best live album by The Scorpions?

Tokyo Tapes is nominated in the poll to find the best live albums by hard rock groups.