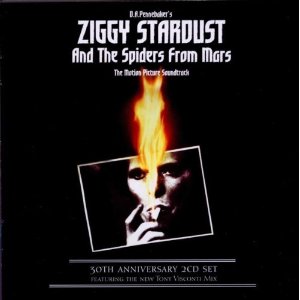 I should warn you that this isn’t a classic album played live in its entirety like Astral Weeks.

David Bowie doesn’t play all of the The Rise and Fall of Ziggy Stardust and the Spiders from Mars. It only provides five of the eleven tracks. If you are looking for a live version of Ziggy Stardust, you get more on Santa Monica 72.

In fact there are a number of tracks of the Ziggy Stardust studio album that have never appeared on any official David Bowie live album.

The 2003 remastered version has a much better sound than the original version released in 1983.

I haven’t heard this album yet.

What Other People Say About The Ziggy Stardust Live Album

What Do You Think About Ziggy Stardust Live?

Do you think this is a great live album by David Bowie or do you prefer Santa Monica?

Please leave me a comment and let me know.

Click on the links to vote and to see the results so far?