Bonamassa had released the studio album, The Ballad of John Henry earlier in 2009. 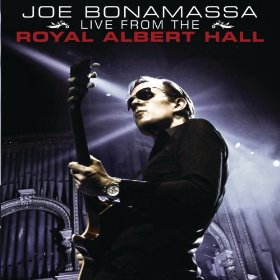 Seven of the nineteen songs come from The Ballad of John Henry album and four from You & Me.

The main group who played at the concert were:

There were supported by:

There are videos from the concert.

Is this the best of the Joe Bonamassa live albums?

I’ve been slow to pay attention to him so I’m not sure when his peak was, or whether he’s even got there yet.

I think of Joe Bonamassa as a blues rock guitarist but has he recorded one of the great blues rock live albums?

I’m not sure which of his albums should be nominated but he does have some stiff competition.

My aim is to help you to find the best live albums through readers polls, my own reviews and from Amazon reviews.