Roadsongs is a live album by southern rock group The Derek Trucks Band.

It was recorded at West Park in Chicago on the 8th and 9th April 2009. 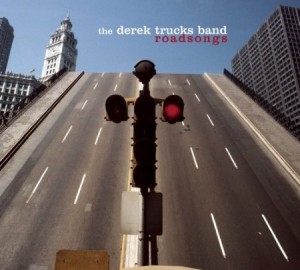 Plus a small horn section of:

Do you think this is the best live album by Derek Trucks?

I’ve included it in the poll to find the best southern rock live albums.