Already Live is a live EP by the Derek Trucks Band.

I don’t normally feature live EPs on this blog but there are two reasons for this appearing: 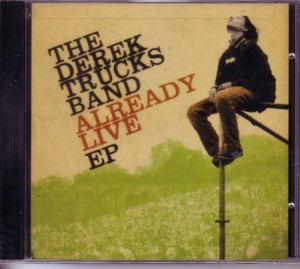 This is a limited edition EP that was only released through independent record shops.

Copies are currently available through Amazon.com and Amazon.co.uk