Live At The Georgia Theatre is a live album by The Derek Trucks Band.

It was recorded in Athens, Georgia on the 23rd October 2003. 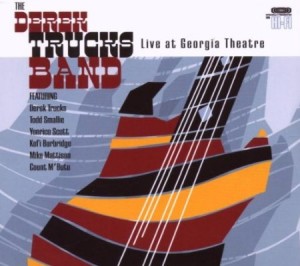 Songs On The Derek Trucks Band Live At The Georgia Theatre

Buying Live At The Georgia Theatre

Do you think it is excellent?

I’ve included it in the poll to find the best southern rock live albums even if I don’t think it its very well.