Live In Germany is a live album by Southern boogie rock group ZZ Top and was recorded at the Grugahalle in Essen, Germany for the Rockpalast TV series. It was from their 1980 tour to promote the Deguello album.

This is ZZ Top before they changed their sound for MTV success with songs like Sharp Dressed Man. You have been warned. 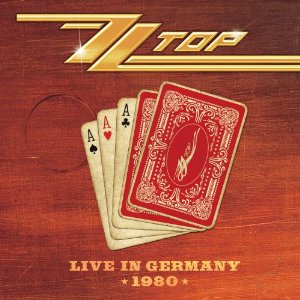 I will be writing a review.

You can listen to the mp3 samples at Amazon and hear for yourself what the album sounds like.

What Others Say About This ZZ Top Live Album

I believe that this album was only released in 2011 so it has had little opportunity to appear in the lists of best live albums.

Feedback from the Amazon reviewers is very positive.

I’m keen to get people to debate live albums so I’d like to know what you think.

The Greatest Live Albums Ever?

I have included Live In Germany in two best album polls because ZZ Top are both a Southern rock band and a boogie band.

Please vote and / or  check out the results so far.