Like Wheels Of Fire, it features songs from the Fillmore West and Winterland in San Francisco in March 1968. 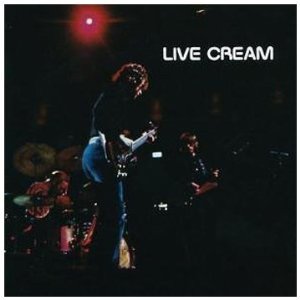 All four live songs are extended versions of tracks from their first album Fresh Cream.

Unlike Wheels Of Fire that included the signature blues Crossroads and Spoonful, there are many other songs performed by Cream that fans would want a prime time live recording of. However it doesn’t include a never ending drum solo!

There is the potential to have a fantastic live album by Cream but in my opinion, none of them stand up as essential purchases.

What Other People Say About Live Cream

This album has featured on the lists of the greatest live albums:

The reaction from reviewers at Amazon is very positive. While the set list may not have the best known Cream songs on it, the performances are excellent.

Buying Your Own Copy Of Live Cream

You can get this album from Amazon.com – Amazon.co.uk – iTunes – eBay

What Do You Think About This Cream Live Album?

Do you think this is the best live album by Cream or do you prefer one of the others.