Five Live Yardbirds is a live album by British R&B group The Yardbirds including Eric Clapton. 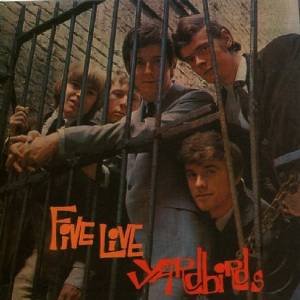 When the album was originally issued on vinyl in 1964, it only included the first ten songs. The others were added when it was issued on CD in 2003.
Tracks 11 to 15 were recorded at the Crawdaddy Club in Richmond on 8 December 1963 while tracks 16 to 20 were released as singles.

At this stage, The Yardbirds consisted of:

Is this the best live album by The Yardbirds?

I have included it in the poll to find the best live albums featuring Eric Clapton.

I’ve also included it in the poll to find the best live albums from the rock&roll and early R&B.