Live At Marble Arch is a rare live album by Graham Parker and The Rumour recorded in London in 1976.

It was recorded as a promotional album and sent to music journalists and DJs to show off the raw pub rock/R&B style of the group. It has been a popular bootleg.

It was included in its entirety on a Graham Parker compilation – Vertigo: The Best of Graham Parker – which I was lucky enough to buy when it came out in 1996. At that stage it was also the only way to get the classic Squeezing Out The Sparks album.

Live At Marble Arch has also appeared on That’s What You Know, a double CD with one disc of acoustic demos and the second has this live album. 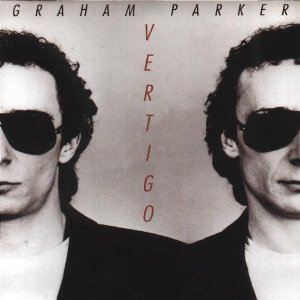 There are four songs from Howlin’ Wind, two from Heat Treatment and four R&B covers on this album.

I can’t find any videos of Graham Parker performing live in 1976 but there are these from the following year.

Hold Back The Night – this was even a hit for him as the lead song from the Pink Parker EP.

It’s not easy to find and I bought mind through the double CD compilation called Vertigo that also gave me the studio album Squeezing Out The Sparks when it was unavailable elsewhere..

It may be available from Amazon.com – Amazon.co.uk – eBay

What Do You Think About Live At Marble Arch by Graham Parker & The Rumour?