Live At Fillmore West is a live album by King Curtis.

It was recorded at the Fillmore West in Dan Francisco on March 5–7, 1971 and released in August 1971. King Curtis and his band, the Kingpins and the Memphis Horns were both supporting and backing Aretha Franklin. She has also released a live album from these concerts Aretha Live At The Fillmore West.

In July 2006 an expanded version of the album was released with five extra tracks. My Sweet Lord with guest vocal from Billy Preston is a nice addition but the other four are alternative takes of four songs already on the original album. 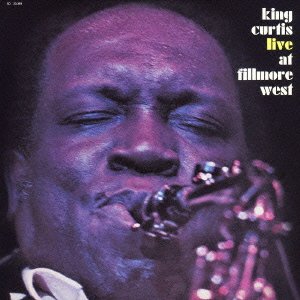 Playing on the album:

Do you think this album is the best live album by King Curtis?