At Newport is the first live album released by soul legend Ray Charles. It captures his performance in July 1958 at the Newport Jazz festival.

Ray Charles is one of the founding fathers of what we know as soul music as he fused elements of the blues, gospel and rhythm and blues. 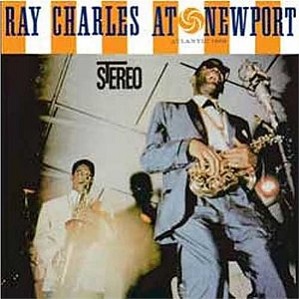 Newport was a jazz festival and this is Ray Charles showing his jazz roots with added soul and passion.

At Newport has been combined with another Ray Charles live album In Person and reissued as Ray Charles Live.

What Other People Say About Ray Charles At Newport

This album has been included in several best live album lists.

There aren’t as many reviews at Amazon as I would have expected.

You need to decide if you only want At Newport or In Person because the combined release Ray Charles Live offers better value for those who want both.

What Do You Think About Ray Charles At Newport?

If you have strong views about this Ray Charles live album, please leave me a comment and share you thoughts with the world.

Three Ray Charles live albums have been included in my readers poll to find the best soul album – At Newport, In Person and Live. That’s because I think some people might prefer the individual albums and other people will like having them both together.

Please click the link to vote for what you think are the best live soul albums and you’ll see what other people think as well.