Curtis Live is the first live album by Curtis Mayfield after leaving the Impressions and was recorded in January 1971. 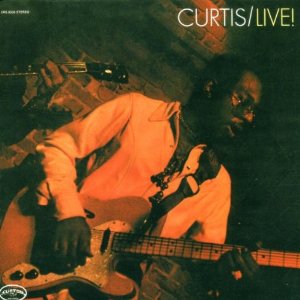 This set list is slightly extended from the one I’ve owned for many years as a two-for-one with Curtis In Chicago.

I bought it when I was going through a big Curtis Mayfield craze and I was rather under-impressed. I think that’s because the set list draws heavily on his time with the Impressions rather than on his own solo work that I’m more familiar with.

Here is a video of Curtis Mayfield performing live in 1972.

What Other People Say About Curtis Live

This is one of the most highly regarded live soul albums and it’s regularly recommended on the best live albums lists.

In particular the following have included in the lists of greatest live albums:

At the time of writing most of the reviews at Amazon are five stars.

This album is also included in my greatest soul live albums ever poll, please vote and see vote for your favourites and you can see the results so far.

What Do You Think About This Live Curtis Mayfield Album?

Do you think the album is as good as the reputation suggests?