Live is the first live album by rock guitarist Robin Trower and was recorded in Stockholm, Sweden in February 1975. 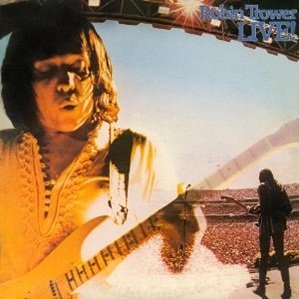 Twice Removed from Yesterday and Bridge of Sighs are the two studio albums that are regarded as his best work after leaving Procol Harem. It’s a shame that it is only 41minutes long because it feels over too quickly. It’s a shame that more tracks were added when it was remastered in 2011.

The concert was originally a radio broadcast and Robin Trower is said to have not realised that it was also being recorded for a potential live album.

What Other People Say About Robin Trower Live

Not much. Robin Trower was often accused of being a Jimi Hendrix imitator but if you’re going to copy, you may as well copy the best.

I’ve seen the album on one best live albums list. That was:

Reviewers at Amazon enjoy it.

I can’t find it available as a digital download on iTunes or Amazon. Hopefully this will change.

What Do You Think About Robin Trower Live?

Do you think this is a good live album by Robin Trower or do you prefer one of his other live recordings?