Live At Leeds ’71 is a live album by British blues rock band The Groundhogs.

It was recorded at Leeds University on May 13, 1971 while they were supporting The Rolling Stones.

The Stones set is a well known bootleg and rumour has it that Mick Jagger asked for The Groundhogs set to be recorded and it was originally pressed as a limited edition vinyl of just 200 units.

It has since been released more widely. 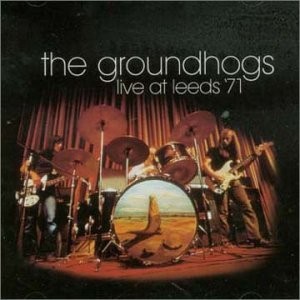 Songs On The Groundhogs Live At Leeds ’71

As a support set it is inevitably shorter than we’d like.

The Groundhogs are one of the best known blues rock bands from the early 1970s but they achieved three UK top 10 albums between 1970 and 1972 and they have since become a cult band with a loyal following.

Buying The Groundhogs Live At Leeds ’71

Is it the best live album by The Groundhogs?