Live is the first live album from power pop group Big Star. It was recorded in 1974 while Big Star were promoting their second album, Radio City.

Big Star at this stage consisted of: 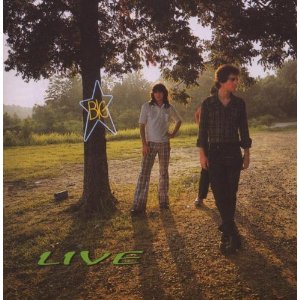 I’ve got a new basic rule – don’t put an interview in the middle of a live album CD.

What Other People Say About Big Star Live

While the first three Big Star studio albums are favourites of the critics despite low sales, this live album by Big Star hasn’t appeared on the lists of greatest live albums.

It polarises opinion on Amazon – some like it very much, others see it as a big let down.

What Do You Think About This Live Album From Big Star?

I will be putting together a poll to find out the best live albums by power pop groups like Big Star, Badfinger and the Raspberries.