It was released in 2010, twenty two years after the first live album by the Plimsouls called One Night In America. 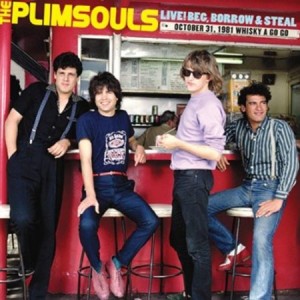 The Plimsouls are generally regarded as a power pop band but this album strays well into melodic, energetic rock & roll territory.

I’ve read criticisms about the sound quality. While it’s not brilliant, I think it’s well into the acceptable zone for a live recording from the early 1980s. However different people have different standards and I always recommend people listen to the mp3 samples available at Amazon.com – Amazon.co.uk – iTunes.

Is it the best live album by The Plimsouls?

I’ve decided to treat it as a power pop album so please vote in my poll to find the best power pop live albums.

You may also be interested in the poll to find the best early R&B and rock & roll live albums.