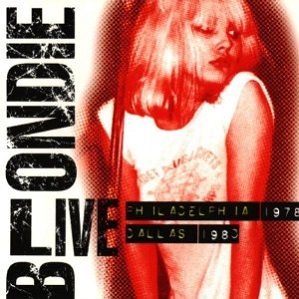 There is a rawness to these recordings that is preference to the high gloss of the studio songs.

Here are videos of Blondie performing live in concert.

You can also get it as an mp3 download from Amazon.com as Picture This Live

I’ve just realised there are more customer reviews at the moment for the Picture This Live version as well.

Blondie have always been a difficult group to classify. They appeared in the punk / new wave explosion through their performances at CBGBs but their music has always been more pop than rock and that’s before they moved into disco.

I’m treating it as power pop so I’ve added in this album to the poll to find the best live albums by power pop groups.

Click the link below to vote and see the results so far.