The Slits Live At The Gibus Club is a live album by female punk band The Slits.

It was recorded at the Gibus Club in Paris, France on January 26 1978.

Their studio debut album, Cut wasn’t released until September 1979 so this live recording captures the band more than eighteen months earlier in their development. 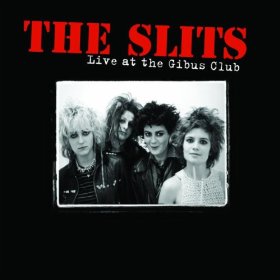 Songs On The Slits Live At The Gibus Club

If you’re a fan, I think you’re going to love this raucous performance. I just hope you’re not easily offended. Unlike many of these 1970s recordings of the punk bands, this has a very clear sound.

Buying The Slits Live At The Gibus Club

is it the best live recording by The Slits?