Press the Eject And Give Me The Tape is a live album by Bauhaus.

The album brings together recordings made from three concerts In England:

This captures the time when new wave music was turning towards goth rock and before indie and alternative rock developed. 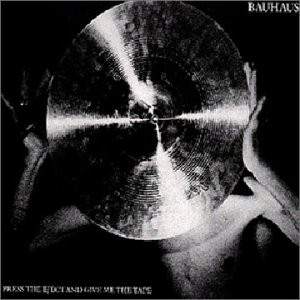 Songs On Bauhaus Press the Eject And Give Me The Tape

These were recorded at the following venues:

The sound quality isn’t as good as we’d like so, if you’re thinking of buying it, I recommend that you listen to the mp3 samples first. I think it’s acceptable and, in a strange way, the lack of audio clarity, helps the mood.

Buying Bauhaus Press the Eject And Give Me The Tape