Peter Paul and Mary Live in Japan 1967 is an early live recording by the folk trio.

This was originally only released in Japan but it received a worldwide release in 2012. 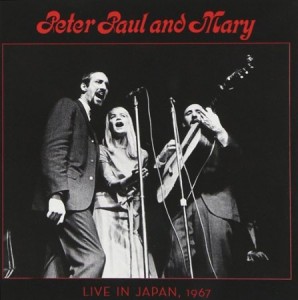 Songs On Peter Paul and Mary Live in Japan 1967