Live at the Grand Opera House Belfast is the second live album from Van Morrison recorded in 1983 with songs from his last four albums and especially Beautiful Vision.

This makes it a great compliment to the classic It’s Too Late To Stop Now like me who haven’t followed his late 1970s career that closely but like the songs they hear on the radio. 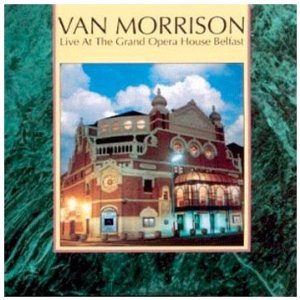 After recording such a great live as It’s Too late To Stop Now, I like the idea of focusing on the recent albums but there’s probably too much from Beautiful Vision.

I will be writing a full review. I find this album very nice to listen to and in my opinion, it’s well worth adding to your Van Morrison collection.

This album doesn’t feature on the best live albums ever lists that I’ve seen.

It also has received surprisingly little attention at Amazon.

In my opinion, this live album is a hidden treasure that hasn’t received the credit it deserves.

t isn’t on iTunes but that may change.

Do you agree that this is a really good live Van Morrison album?

If not, what do you think is wrong with it?