Songs In The Attic is a live album by Billy Joel.

It was recorded in June and July 1980 at various venues in the United States.

Billy Joel Songs In The Attic 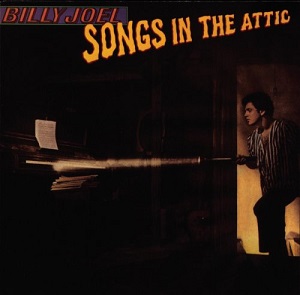 Buying Songs In The Attic

Do you think this album is the best live album by Billy Joel?

This album is included in the poll to find the best live albums by singer songwriters.