It has been re-branded Performance Classics: Steppin’ Out Live. 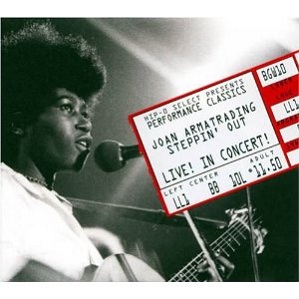 I think it is sad that this album hasn’t been extended with bonus tracks as it is very short by modern standards.

Cool Blue Stole My Heart from 1980

The AllMusicGuide website gave it 3.5 stars out of 5. I find that their reviewers often under-mark live albums.

Buying Steppin’ Out By Joan Armatrading