Nighthawks At The Diner is a live album by Tom Waits.

It was recorded live at the Record Plant Studios in Los Angeles in front of a small audience over two shows per night for the two nights, the 30th and 31st July 1975. 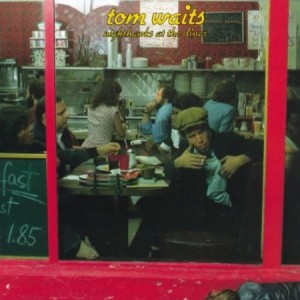 Songs On Tom Waits Nighthawks At The Diner

This list looks odd with the spoken introductions to the songs but they are all interesting and backed by the jazz band.

The jazz backing is very stylish and provides a great atmosphere for Waits to tell his downbeat tales.

Buying Nighthawks At The Diner

Is it the best live album by Tom Waits?