Live Baby Live is a live album by INXS on the tour to promote the studio album X.

It was recorded on their world tour in 1990/91 and released in 1991. This includes some songs from Wembley Stadium in London which would feature in their own live album later.

I saw INXS live several times and they were an exciting band playing popular rock. Lead singer Michael Hutchence had terrific stage presence and even as a heterosexual male, I could understand why so many thought he was extremely sexy. 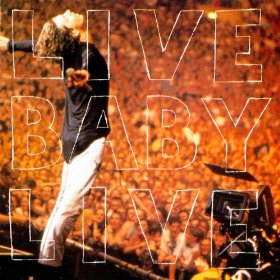