One of my favourite groups who should have been a much bigger success than they were is City Boy from Birmingham, England.

I classify City Boy as art rock with their strong instrumental skills and clever songs. I see other people consider them to be prog rock but in my opinion, the song is always dominant. They did drift more towards AOR after their first couple of albums.

The BBC and Wikipedia describe City Boy as “a moderately successful English rock band in the late 1970s, characterised by complex vocal arrangements and heavy guitars.”

Think of early 10cc and early Queen and you won’t be too far away.

The BBC broadcast some very early In Concert live recordings on City Boy from late 1975 and before their debut self titled album came out. 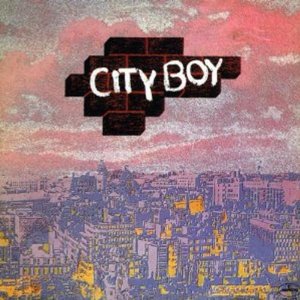 The songs played in this mini broadcast were:

All these songs appear on their first album which could easily find itself in my top 10 studio albums of all time.

I was delighted to discover that all five of these tracks have been added as bonuses to the two=for-one offer of their first two studio albums – City Boy and Dinner At The Ritz. This has made a great buy even better.

Many City Boy fans think that Dinner At The Ritz is their best album while others favour The Day The Earth Caught Fire. As far as I’m concerned, nothing by City Boy and little by anyone else beats their debut, self-titled album.

City Boy haven’t released any official live albums. In fact it’s pretty tough to get all their studio albums but I really think you should.

I particularly recommend the albums City Boy, Dinner At The Ritz, Book Early and Heads Are Rolling.

There is a tiny amount about City Boy at Wikipedia but you’ll find much more at:

City Boy Forum – at least four of the original band members have contributed to the forum and it’s great to see them interacting with a very loyal small group of fans.