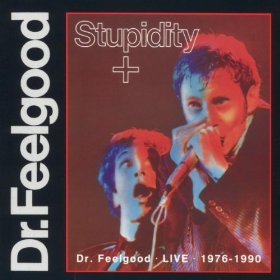 The first 15 songs come from the original release of Stupidity.

Wilko Johnson was the driving force behind the group so when he left, the group changed its sound.

The guitarists who might be on these extra tracks of Stupidity+ are:

I don’t have a problem with these songs in particular but I find the mood has changed and I don’t play Stupidity+. What I’ve done on my iPod is to treat this as two albums, the original 1975 Stupidity and the bonus tracks.

What Do You Think About The Bonus Tracks On Stupidity +?

I’d like to know if you agree with me that in this situation, more is less.