Both festivals were held at the Glen Helen Regional Park in San Bernardino, California.

As someone who listens to music much more than I watch DVDs, I find it irritating that we lose nine tracks on the audio version that we can load into our mp3 players. That said, I think the editors did it sensibly by not duplicating the hits. The DVD has two versions of Mirror In The Bathroom within three songs. 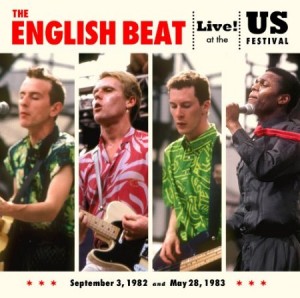 While The Beat broke up in 1983, Ranking Roger joined with members of The Specials to create Special Beat and released a number of live albums.