Live At The Hammersmith Odeon – 23.12.80 is a live recording that’s available with the 2010 enhanced version of their second studio album Absolutely.

It was recorded in London and broadcast by the BBC.  Their are 21 live tracks on the UK version on the Union Square Music Limited but the US version on Amazon.com had lost a few of the live tracks. Careful needs to be taken when buying it to make sure that you get the version that offers the best value for money.

This is from the time when Madness were still a ska band although there were signs of their nutty pop sound coming through on hit singles like Baggy Trousers. If you like The Specials, The Beat, Bad Banners and The Selecter but you’re put off Madness by their irritating hits, you need to investigate this album. 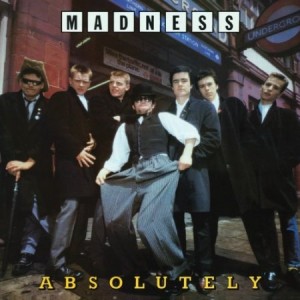 This is from the UK version of the CD:

The Amazon mp3 download version excludes the three videos (tracks 22 to 24 on the first disk).

With so many tracks, if you put your music on an mp3 player, I recommend that you break it into three – the Absolutely studio album, the bonuses and the Hammersmith Odeon concert. That’s what I did but then I mainly bought it for the live concert recording.

The Hammersmith gig is a great summary of their first two studio albums performed with great enthusiasm and energy live in concert. It gets off to a terrific start with One Step Beyond and you can imagine the lads bouncing around the stage.

Later live albums by Madness lack this commitment to ska as they had become a successful singles band with their nutty image.

Care needs to be taken because Discogs shows that there are many, many different versions of Absolutely. It’s easy to make sure you get the full live version if you’re in the UK but may be much more difficult elsewhere.

Is it the best live album by Madness? Which do you recommend?