The Complete Town Hall Concert is a live album by Charles Mingus and a large band.

The album has suffered from a poor reputation as Mingus and his band were playing previously unrecorded music. 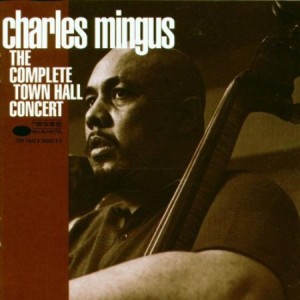 The album is criticised for being unfocused with the musicians going astray. If you’re new to Charles Mingus, this is not the album to start with but if you’re a fan, you could find the development phase interesting.