Sunday At The Village Vanguard is a live album by the Bill Evans Trio.

It was recorded at the Village Vanguard, New York City on June 25, 1961 and released later the same year. 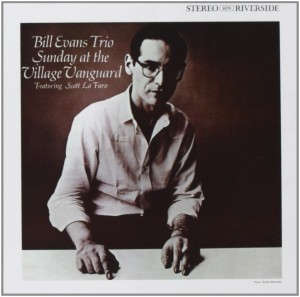 Songs On Sunday At The Village Vanguard

Buying Sunday At The Village Vanguard

It is included in the poll to find the best live jazz albums.