Mingus at the Bohemia is a live album by the Charles Mingus Quintet.

It was recorded at Cafe Bohemia in New York City on December 23, 1955 and was released as in 1956. This is early in his career as the band leader and composer. 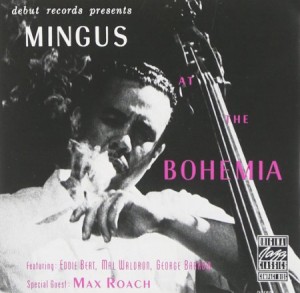 Songs On Charles Mingus at the Bohemia

The second version of Jump Blues has been added as a bonus since the original release.

Buying Charles Mingus at the Bohemia