Discovered: Live In Concert is a live album by Peter, Paul and Mary.

It includes twelve previously unreleased songs. It’s not clear to me from reading their website when these tracks were recorded but it looks as if they come from the 1980s.

The album was released in November 2014. 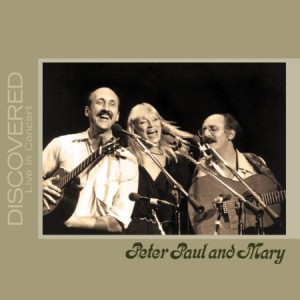 Songs On Peter, Paul and Mary Discovered: Live In Concert

How does it rate against the 1960s classic live albums by Peter, Paul & Mary?

Do you think it deserves to be included in the search for the all time best folk and folk rock live albums?