Songs 1 to 4 (the old side one) of Donny Hathaway Live were recorded in August 1971 at The Troubadour in Hollywood and songs 5 to 8 (side two) were recorded in October 1971 The Bitter End in New York. It was released in the following year.

I only found out about the excellent live album because it was recommended to me through a comment on the best live soul album poll.

Donny Hathaway had a troubled life. He was diagnosed as a paranoid schizophrenic and he committed suicide in New York on January 13, 1979. With such a short career, the recordings we have are precious. 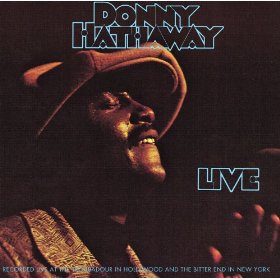