Live at Rockpalast is a live album and DVD by the Tyla Gang.

It was recorded in 1978 but was only released in 2014 before the reformed Tyla Gang toured Europe in October and November 2014.

Band leader Sean Tyla used to be a member of Ducks Deluxe and therefore I have to admit a bias in favour of the band.

END_OF_DOCUMENT_TOKEN_TO_BE_REPLACED

The John Peel Sessions is a collection of “live in the studio” recordings for the Radio One John Peel Show between 1973 and 1975.

Ducks Deluxe are one of the classic pub rock bands from the 1970s but I’m also treating them as a proto-punk band (i.e. they helped to inspire the punk rock changes in 1976 to 1979). They seriously rocked unlike peers like Brinsley Schwartz who had strong country rock influences. 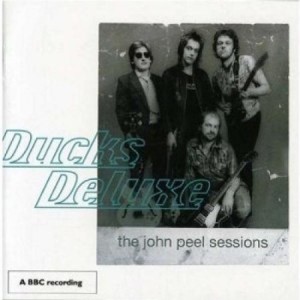