I think most fans would agree that Bruce Springsteen hasn’t released enough official live albums and I’d love him to follow the example of Bob Dylan and Neil Young. Both have raised the archives made officially released live recordings that have been bootlegs in the past.

I have written reviews for the following

There are a few other albums I need to cover. At the moment I don’t intend to write full pages for these, either because they are not good enough or too specialised.

These may become full reviews at a future time.

Radio broadcasts of live performances and interviews with Bruce Springsteen in January and April 1973 have released in the UK and are available from Amazon.co.uk. I understand copyright rules stop this from being sold in the USA. 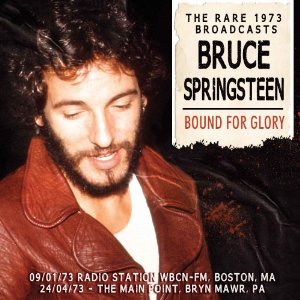 You can also hear the mp3 samples at Amazon.co.uk

Unplugged concerts were all the rage on MTV. For some reason, they allowed Bruce Springsteen to stay plugged in. It’s said to be because Springsteen was unhappy with the quality of the rehearsals for the acoustic songs and I guess he was too big a star for MTV to miss. 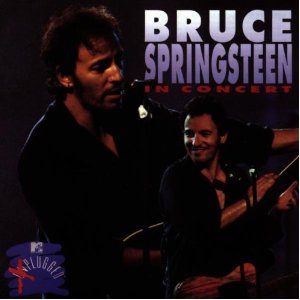 Much of the set comes from the albums Lucky Town and Human Touch. Both are fairly low in the list of must-buy Bruce Springsteen albums.

Set List – Red-Headed Woman, Better Days, Atlantic City, Darkness on the Edge of Town, Man’s Job, Human Touch, Lucky Town, I Wish I Were Blind, Thunder Road, Light of Day, If I Should Fall Behind, Living Proof, My Beautiful Reward

You can find out more about Bruce Springsteen In Concert and hear mp3 samples at Amazon.com and Amazon.co.uk

I don’t like the idea of people starting their Bruce Springsteen experience with this album. They’d be missing such a lot of great music.

2006 – Bruce Springsteen with The Sessions Band: Live in Dublin

Credit to Bruce Springsteen, he was trying something different with this album but again it’s frustrating when there is so few official live albums available. 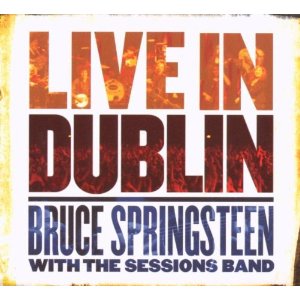 Set List – Atlantic City, Old Dan Tucker, Eyes on the Prize, Jesse James, Further On (Up The Road), O Mary Don’t You Weep, Erie Canal, If I Should Fall Behind, My Oklahoma Home, Highway Patrolman, Mrs. McGrath, How Can a Poor Man Stand Such Times and Live?, Jacob’s Ladder, Long Time Comin’, Open All Night, Pay Me My Money Down, Growin’ Up, When the Saints Go Marching In, This Little Light of Mine, American Land, Blinded By the Light, Love of the Common People, We Shall Overcome

You can find out more about Bruce Springsteen with The Sessions Band: Live in Dublin and listen to mp3 samples at Amazon.com and Amazon.co.uk.

These are affiliate links to Amazon and if you click through and buy, I will earn a small commission.

What Are the Best Bruce Springsteen Live Albums?

Do any of these recordings deserve to be considered as the best Bruce Springsteen live album?

If not, what does?

I have set up a poll for readers to vote for what they believe is the best Bruce Springsteen live album. I hope you’re going to vote too.