The world doesn’t have enough Bruce Springsteen live albums but I thought it would be interesting to look at how Born To Run has been represented on the live albums that do exist.

But we know that Bruce Springsteen is even better live. 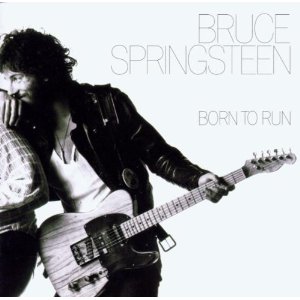 Eight great songs but how often are they on the Bruce Springsteen live albums, where can you find live versions and have they been adapted live?

No authorised recordings – some times played as an opening number in 1976 and on the 2007/8 Magic tour.

I saw Springsteen & The E Street Band in Birmingham in about 1986 on the Born In The USA world tour and this was the stand-out song of the 3 hour concert. I was surprised because I’d previously seen it as one of the songs that lets you relax a bit between the two epics – Born To Run and Jungleland.

No official recordings – often used live as the prelude to Jungleland, just as it does on the Born To Run studio album.

I saw Springsteen in 1986 and he didn’t play Jungleland. As it’s my favourite and was dumped for the dross from Born In The USA, I was very disappointed. It didn’t help that it was also missing from the five LP, 3 CD live compilation Live 1975 – 85.

It looks like the best way to get the live Born To Run experience is to get Hammersmith Odeon London ’75 – it is one of my favourite live albums.

What Do You Think About Born To Run Live?

Would you like to see Bruce Springsteen perform Born To Run live in the same way that Van Morrison did with Astral Weeks?

What are your favourite live songs from Born To Run?

Please help me to find the best live albums by voting in my readers polls:

What People Say About The Studio Version Of Born To Run

I’ve linked to the deluxe version because it also gives you the DVD of the Live At the Hammersmith Odeon concert from 1975. This is the recording that was topping my best Bruce Springsteen live albums poll at December 2012.