Strictly speaking Live In Barcelona is a recording of a Bruce Springsteen concert from Barcelona in October 2002 that is captured on DVD rather than CD and doesn’t count as a live album.

But the world doesn’t have enough official Bruce Springsteen live albums and I don’t want you to miss out. 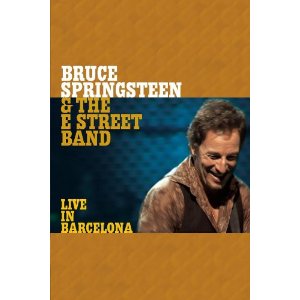 The Rising album was recorded in response to the terrorist attack on the Twin Towers in New York on September 11th, 2001 and was released in July 2002. It provided ten songs for this concert.

Born In The USA