It was recorded at the Rainbow Theatre in London in October 1977 and the album was released later the same year. 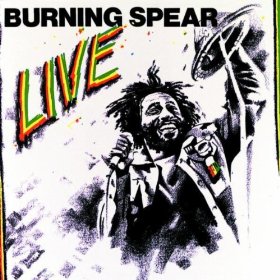 The album Garvey’s Ghost is a dub version of the Marcus Garvey album which makes the song titles a little confusing.

Is this a great live album? Is it the best live album by Burning Spear?