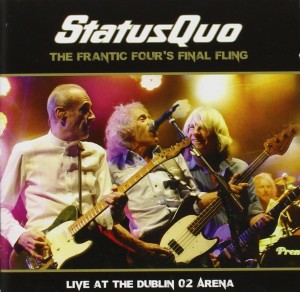 Songs On Status Quo Live At The Dublin 02 Arena

It’s a terrific setlist that’s very consistent with The Final Fling Reunion Tour album with many of the songs that I’d pick although it’s still not definitive. I’m very pleased to see “Big Fat Mama” and “Bye Bye Johnny” but I’m sure others will miss “Rockin’ All Over The World” and “Whatever You Want”.