Live At The Padget Rooms, Penarth is a live album by Welsh psychedelic band Man.

It was recorded on 8 April 1972 after the idea of a live album had been given to Man by their participation in the Greasy Truckers Party in February.

It was originally released in September 1972 as a limited edition of 8,000 and sold out within a week. Since then it has been reissued as a CD. 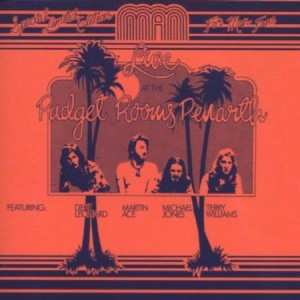 Songs On Man Live At The Padget Rooms Penarth

The original vinyl LP only had three songs on it.

Is the best live recording by Man?

Should this be considered as one of the all time great psychedelic live albums?