Live In Williamsburg is a live album by Shuggie Otis.

It was recorded at a concert on his comeback tour held at The Music Hall Of Williamsburg in Brooklyn, New York in 2013 and released in October 2014 .

Shuggie is the son of R&B band leader Johnny Otis. He’s primarily known as a guirtarist who has played with Frank Zappa, Etta James and Bobby Blue Bland.

He’s worked as a solo artist and it’s said that he was offered the chance to play with the Rolling Stones as the replacement for Mick Taylor.

However he’s largely disappeared from view since the mid 1970s but he was back in 2012 with a re-release of his Inspiration/Information studio album with some new songs and a touring band. 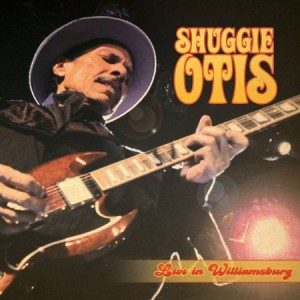 This is one of those albums that’s hard to classify with soul, blues and jazz influences so the early R&B category seems best to me.