Live From Austin Texas is a live album and DVD by Clarence Gatemouth Brown. 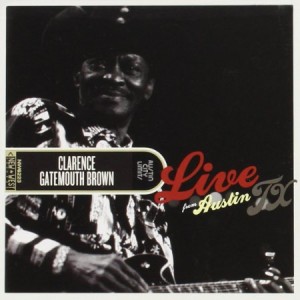 Is it the best live album by Clarence Gatemouth Mouth? Which do you recommend?

Other live albums by Clarence Gatemouth Brown include:

Other Useful Webpages About Live From Austin Texas